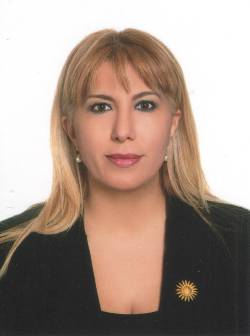 Yıldız Bozkurt, with 25 years of banking career consisting of corporate and commercial banking, held senior management positions at Interbank, Akbank, Abn Amro, Royal Bank of Scotland respectively.  She left Royal Bank of Scotland in 2013, where she worked as the Managing Director of Commercial/Corporate Banking and Investment Banking Unit. She provided financial advisory services to the boards of three international construction companies until 2015.

She joined Med Marine Group as Group CFO in 2015, and is currently holding the position of Deputy General Manager.

Yıldız Bozkurt is a graduate of Bogazici University Business Administration Department. She has two master’s degrees; one is MA Banking in Marmara University and the other is MSc in International Banking and Finance in Southampton University.

She is a founding member of Professional Women’s Network Association Istanbul and currently undertakes the Co-President Role in Board and Vice President position responsible for corporate membership.